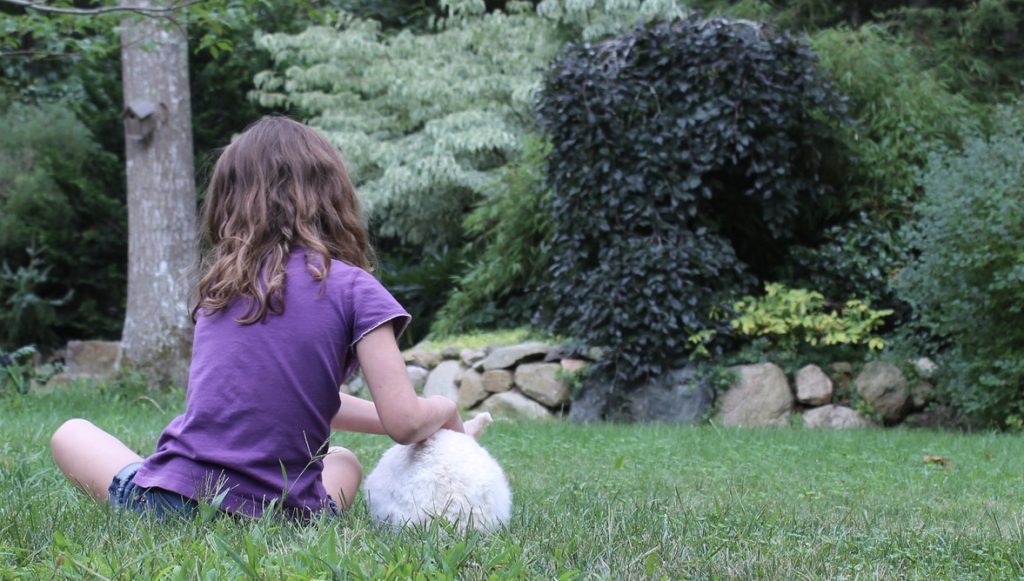 Hi Friends -How have you been?

I have had a really tough couple of weeks.  In addition to the inevitable ups and downs of quarantine in a small house with four people, our 10-year-old rabbit, Cinnamon Sugar, has been sick.  Eva, my 12-year-old daughter nursed him around the clock, willing him to recover.  She snuggled him like a baby, spoon fed and then syringe fed him, gave him medicine, three different kinds, morning and night.  She helped him hop when it became hard for him and spoiled him with his favorite treats.  It was an AWESOME distraction from the outside world; it filled the ever-present boredom with purpose.  Sadly, on April 18th he passed away.

To say his death was tragic for her is an understatement.  Gone suddenly was my spunky, sassy, almost teenager, who was easily embarrassed by her ridiculous parents.  She hugged me constantly, becoming my little shadow.  And she SOBBED.  She cried unexpectedly, often, and ferociously.  She was riddled with guilt; the shoulda, coulda, woulda’s that inevitably crop up with the loss of someone human, or otherwise, that we are close to.

It was such a gut-wrenching process to watch her go through.  As a parent, you want desperately to ease your child’s pain.  In my mind I plotted ways to end her suffering.  I called my mom on the way to work, four days after Cinnamon’s death: “Please tell me I can’t get her another rabbit,” I pleaded, half hoping she would encourage me, instead.  Cinnamon wasn’t any regular rabbit, though; he was an English Angora.  While this breed of rabbit is extremely sweet, laid back, and affectionate, they are a lot of work to take care of for a busy, working mom, even if their children promise to do all the work…  Angora “wool” needs to be brushed daily, and groomed monthly with small, extremely sharp, pointy scissors, to prevent matted wool.  Their skin is paper thin, so any tiny slip of the scissors, caused by a wiggly rabbit, results in large tears that need to be quickly glued or stapled together by a vet; (ask me how I know…Thanks Dr. Corey Blake), and there is the constant worry about wool block, and fly infestations (I won’t get into it…).  Cinnamon usually resembled a dust mop or a pair of fuzzy bunny slippers, until I finally found the time and the nerves to groom him.  Then, he took on the distinct air of someone who had tangled with a crazed lawn mower.  My mom and I both knew the last thing I needed was another rabbit.  Instead, she encouraged me to breathe.  “Definitely no more rabbits,” she added.

Leaving Eva upset at home while I went into work that week was awful.  I don’t think I will ever get used to being away from my babies when they need me.  EVER.  After sixteen years of being a working mother, the ache I feel when I leave them is more “manageable” now.  There is routine, and days go mostly to plan.  It helps too, now that they are older, that they go to school, essentially at their own jobs.  It feels good to come back together as a family, too, at the end of our respective work days.  However, with a world-wide pandemic, a new stay at home order, and “virtual school,” my sense of peace when leaving for work has all but vanished.  The feeling that my children are being well cared for, nurtured, yet challenged, with a nice tidy routine has evaporated; in its place is an underlying current of fear, anger, confusion, and chaos.  Now, that’s not to say that teachers and administrators are suddenly uncaring, repressive tyrants.  Rather, it’s a terrible situation that everyone: teachers, students, and parents, are all desperately trying to adapt to- with the added bonus of my child’s first experience with death, sprinkled on top.  Walking out that door to go to work in the morning, leaving them to navigate everything all alone, has got that old familiar ache back with a vengeance.

Deciphering school at home, while both parents are working has been difficult.  My shy, introverted children have not adjusted easily to virtual school.  It has taken all year for them to muster up the courage to participate in traditional school.  To them, video chats are the equivalent of being thrown on stage under a big, fat spotlight.  They worry about not only what they are wearing, but what the room looks like behind them.  I found this out one day after work when I discovered all the pillows on my bed had been dumped unceremoniously on the floor.  Apparently, the beige color of my walls behind my bed (sans pillows) were nondescript enough for school Google Meets.  Talk about conflicting emotions.  “Why are you in MY space (rrrrrr)”?   “Clearly my daughter is trying to adjust to this situation and fit in socially (aww—Yay innovator!)”  “But do you have to do it in HERE (grrrrrr)”?  “Could you at least pick up the pillows when you are done (sigh)”.  Obviously, I’m totally fine.

It has been two weeks since we lost Cinnamon Sugar.  Eva is back to her snarky, preteen self, barely tolerating a hug from her parents.  Who knew I would be psyched about that?  I will give her another week and then maybe we can start a picture collage of Cinnamon and look for something to do in his honor.  Our remaining two bunnies, Parsley and Sage are adjusting to being the sole focus of Eva’s attentions.  They don’t enjoy being stuffed into their new bunny harnesses, but they LOVE hopping all over our backyard.  I have high hopes that with the added attention and some well-placed treats they will enthusiastically embrace her and maybe their new harnesses too… 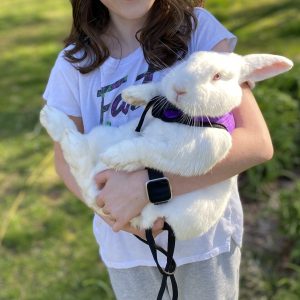 There have been some other triumphs as well over the last few weeks.  A craving for Chinese dumplings produced a delicious completely from scratch dinner this weekend that everyone ate.  Total miracle.  The promise of cheesecake (store bought- I’m not completely insane) ensured enthusiastic and pleasant dinner companions, with a minimum of fighting.  Total win. 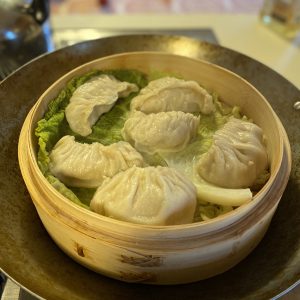 I have also been putting my gorgeous supply of cotton fabric to good use by making face masks and surgical caps for friends working as nurses, doctors, and supermarket workers.  With an eye to the reopening of the economy and school starting up in the fall, there is going to be a need for reusable face masks.

My plan is to make masks for the general public with a matching mask being donated to someone in need.  If you know of a local organization that is in need of donated masks, a store who would like to sell my handmade masks, or if you would like to purchase some for yourself, please let me know.  Masks are priced at $10, with local pick up at my house or drop off to be arranged.  Let me know if you would prefer them shipped.  The mask section is now live on my website (Jenny you are the best!).

Here are some sneak peaks. 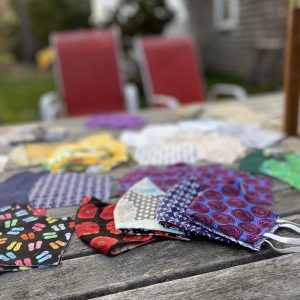 I am having a blast making these! 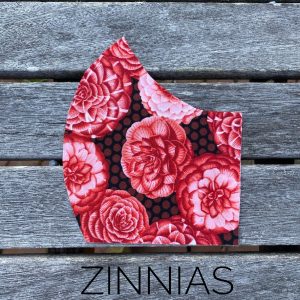 What have your trials and triumphs been this past month?  Let me know in the comments.  I hope this post finds you relatively sane…just like me.